What if we are showing up as one colour
of the many hues we actually contain?

As Avatars of the whole spectrum,
we can learn to grow into our brilliance! 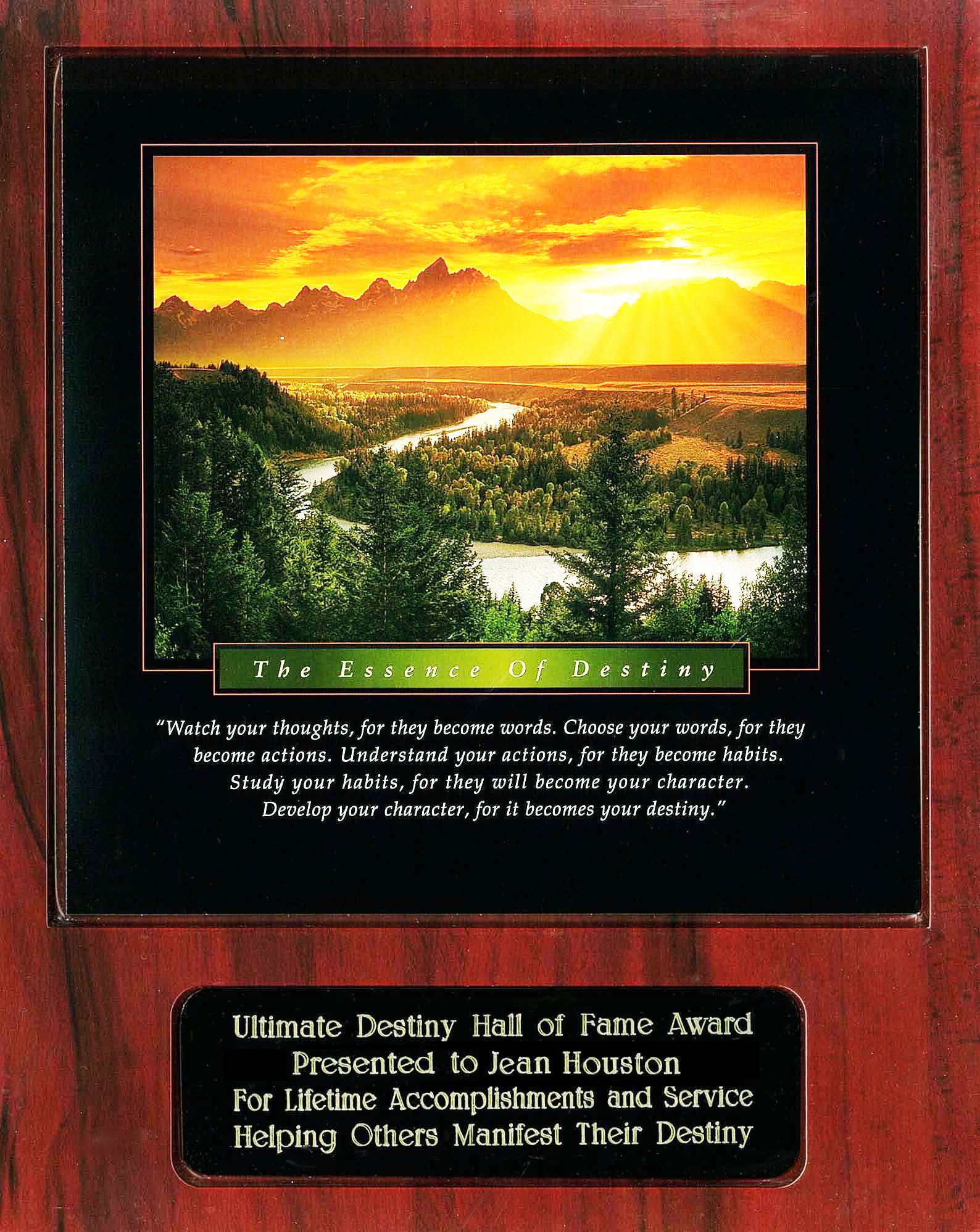 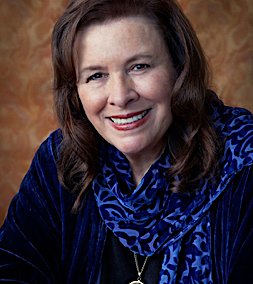 Jean Houston (born in New York 10 May 1937) is an American author involved in the “human potential movement.” Houston attended Barnard College in New York City. She subsequently earned a Ph.D. in Psychology from Union Graduate School and a Ph.D. in Religion from Graduate Theological Foundation.

While participating in a US Government sanctioned research project on the effects of LSD (before such research was banned), Houston became acquainted with Robert Masters, a writer and a researcher into the varieties of human behavior and potentials. The two married in 1965 and soon became known for their work in the Human Potential Movement. Together they founded The Foundation for Mind Research.

Houston taught at Marymount College, Tarrytown from 1965 to 1972. She was a lecturer at Hunter College for less than a year in 1961. Her interest in anthropology brought about a close association with Margaret Mead, who lived with Houston and Masters for several years before her death in 1978. In 1982, Houston began teaching a seminar based on the concept of “the ancient mystery schools.”

“In our time we have come to the stage where the real work of humanity begins.
It is the time where we partner Creation in the creation of ourselves, in the restoration of the biosphere, the regenesis of society and in the assuming of a new type of culture; the culture of Kindness.
Herein, we live daily life reconnected and recharged by the Source, so as to become liberated and engaged in the world and in our tasks.”

Jean Houston, Ph.D., scholar, philosopher and researcher in Human Capacities, is one of the foremost visionary thinkers and doers of our time. She is long regarded as one of the principal founders of the Human Potential Movement.  Dr. Houston is noted for her ability to combine a deep knowledge of history, culture, new science, spirituality and human development into her teaching.  She is known for her inter-disciplinary perspective delivered in inspirational and humorous keynote addresses.

A prolific writer, Dr. Houston is the author of 26 books including “Jump Time”, “ A Passion for the Possible”, “Search for the Beloved”, “Life Force”, “The Possible Human”, “Public Like a Frog”, “A Mythic Life: Learning to Live Our Greater Story”, and “Manual of the Peacemaker”.

As Advisor to UNICEF in human and cultural development, she has worked around the world helping to implement some of their extensive educational programs.  In September of 1999, she traveled to Dharamsala, India as a member of a group chosen to work with the Dalai Lama in a learning and advisory 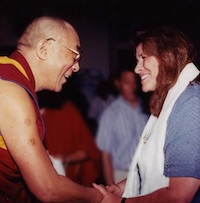 capacity. Dr. Houston has also served in an advisory capacity to President and Mrs. Clinton as well as assisting Mrs. Clinton in her writing of her book, “It Takes A Village: And Other Lessons Children Teach Us”.  She has met with President and Mrs. Carter, and with leaders in many countries and cultures.  As a high school student she worked closely with another First Lady of the United States, Eleanor Roosevelt, in developing strategies to introduce international awareness and United Nations work to young people.

Since 2003, she has been working with the United Nations Development Program, training leaders in human and cultural development as well as in Social Artistry, a community-leadership training program that she developed.  Together with other international agencies and companies, over the last 45 years, Dr. Houston has worked in over 100 countries.

In 1965, along with her husband Dr. Robert Masters, Dr. Houston founded The Foundation for Mind Research. She is also the founder and principal teacher, since 1983, of the Mystery School, now called the Renaissance of Spirit, a school of human development, a program of cross-cultural, mythic and spiritual studies, dedicated to teaching history, philosophy, the New Physics, psychology, anthropology, and the many dimensions of human potential.

In 2008, the Jean Houston Foundation was formed to teach Social Artistry in the United States and overseas.  This training has been conducted in Albania, the Eastern Caribbean, Kenya, Zambia, Nepal, and the Philippines.

A powerful and dynamic speaker, she holds conferences and seminars with social leaders, educational institutions and business organizations worldwide. Jean Houston has worked intensively in 40 cultures helping to enhance and deepen their own uniqueness while they become part of the global community.

Dr. Houston is considered one of the most evocative and entertaining speakers on aligning the human spirit, potential and action with the needs of the time.  Her talks are legendary for their ability to inspire, inform and activate her audience.  Her lifetime passion is to encourage the inherent possibilities, visions and capacities that lie within each person and/or group, and translate them into positive action.

Jean Houston holds a B.A. from Barnard College, a Ph.D. in psychology from the Union Graduate School and a Ph.D. in religion from the Graduate Theological Foundation. She has also been the recipient of honorary doctorates.

“Jean Houston’s mind should be considered a national treasure”, said Buckminster Fuller, a renowned American philosopher, thinker, visionary, inventor, architect, engineer, mathematician, poet and cosmologist.  A life-long friend of Jean Houston, his observation is shared by the thousands of individuals, communities, organizations and nations that have been and continue to be inspired by her words.

Dr. Houston is a past-President of the Association of Humanistic Psychology, and has lectured in philosophy, human development, psychology, and religion as well as cross-cultural studies at national and international colleges and universities.  She has also taught as a professor and guest speaker at Columbia University, Hunter College, the New School for Social Research, Marymount College, the University of California at Santa Cruz and the University of British Columbia.

Her work has been the core of a great many teaching-learning communities throughout many parts of the world. In 1984, she created a national not-for-profit organization, The Possible Society, to encourage the creation of new ways for people to work together to help solve societal problems. Giving seminars to large groups of citizens in 17 cities throughout North America, she established ongoing teaching-learning communities devoted to the enrichment of their citizens and the betterment of their cities.

In 1985, Dr. Houston was awarded the Distinguished Leadership Award from the Association of Teachers Educators. In 1993, she received the Gardner Murphy Humanitarian Award for her work in psychology and the INTA Humanitarian of the Year award. In 1994, she received the Lifetime Outstanding Creative Achievement Award from the Creative Education Foundation. The following year, she was given the Keeper of the Lore Award for her studies in myth and culture. In 1997 she was made a Fellow of the World Business Academy.  In 1999 she received that Pathfinder award from the Association of Humanistic Psychology.  She was given the Millennium award in 2000. In 2011 she was named Spiritual Hero of the year by the Science of Mind magazine.

Her PBS Special, A Passion for the Possible, has been widely shown. Her book drawn from the program was published by Harper San Francisco in August of 1997.

Documentaries of Dr. Houston’s life and teachings will be published in 2012.