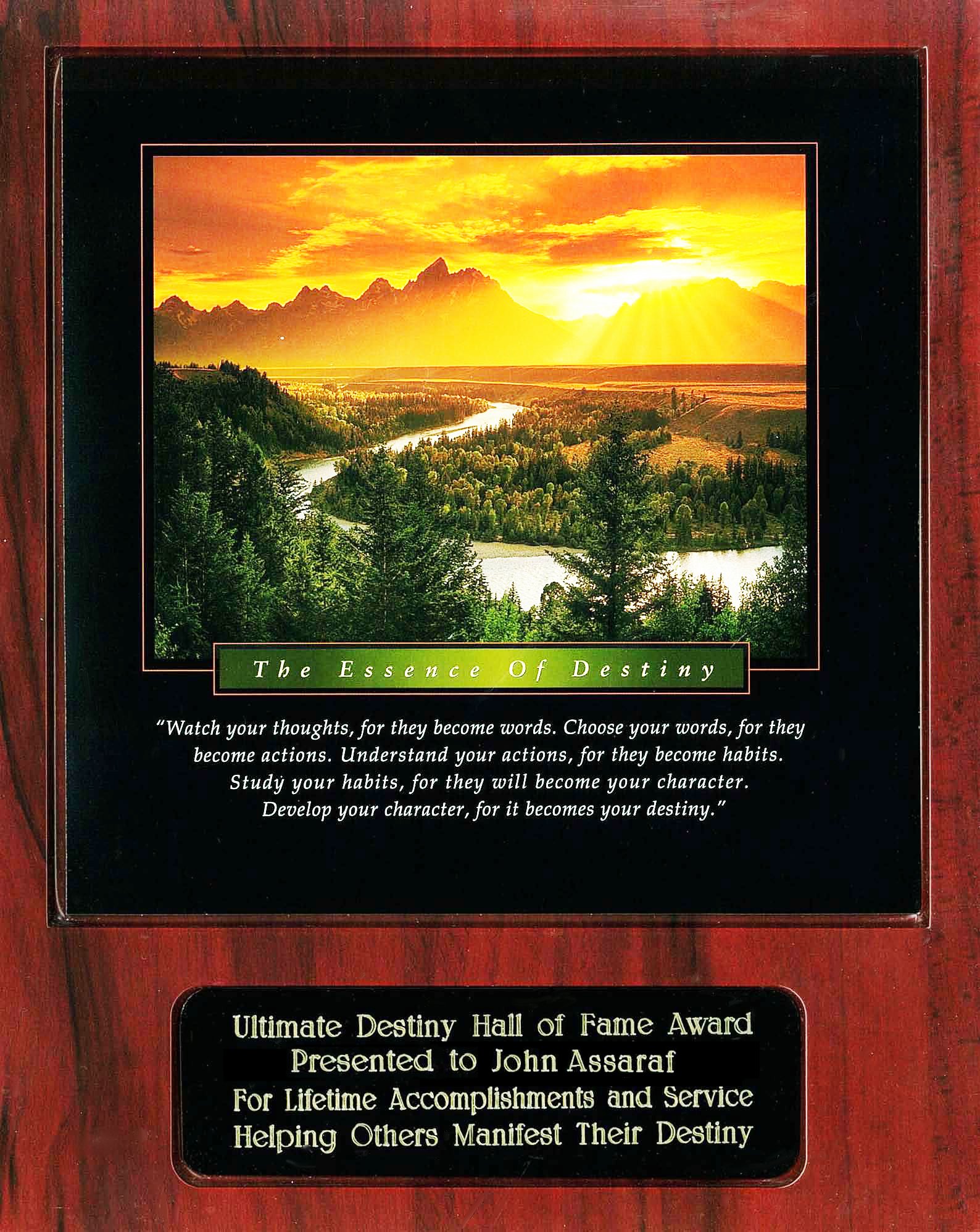 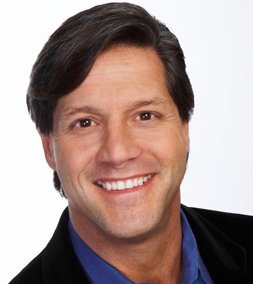 John Assaraf is one of the leading mindset and behaviour experts in the world.

His latest bestselling book Innercise: The New Science to Unlock Your Brain’s Hidden Power, helps individuals recognize and release the mental and emotional blocks that prevent them from achieving their life’s biggest goals and dreams.

John has built 5 multimillion-dollar companies, written 2 New York Times Bestselling books and featured in 8 movies, including the blockbuster hit “The Secret” and “Quest For Success” with Richard Branson and the Dalai Lama.

Today, he is founder and CEO of NeuroGym, a company dedicated to using the most advanced technologies and evidence-based brain training methods to help individuals unleash their fullest potential and maximize their results.

To help millions of people believe in and utilize their God-given abilities and to provide them with the environment and resources to acquire the confidence, certainty and personal power to achieve their life’s purpose and goals.

John Assaraf is one of the leading behavioral and mindset experts in the world with a unique ability for helping people release the mental and emotional obstacles that prevent them from achieving their very best in life and business.

In the last 10 years, he has written 2 New York Times Bestselling books that have been translated to 35 languages. John has appeared on Larry King Live 8 times, and featured in 8 movies including the Blockbuster smash hit movie “The Secret” and “Quest for Success” with Richard Branson and the Dalai Lama.

John Assaraf has built 5 multi-million dollar companies including growing Re/Max of Indiana to 1500 salespeople and $4.5 billion a year in sales.

As a founder, Bamboo.com grew from inception to $10 million a month in revenues within the first 12 months and achieved a highly successful IPO on Wall Street.

Today he is CEO of NeuroGym, which develops some of the most advanced neuroscience-based brain training programs in the world helping individuals and corporations maximize their fullest human potential.

If you’ve ever wondered how dramatically your life can change once you master your mindset, look no further because I’m a poster child for the magic that can occur.

“Hi, I’m John Assaraf … a self-made multi-millionaire, international best-selling author with books in print in over 30 languages, and featured teacher from the hit film and book, The Secret, which I helped launch into a worldwide phenomenon.

I’ve built 5 multi-million-dollar companies in real estate, Internet software, and business coaching and consulting and brain research. I live in a gorgeous, six-acre estate in sunny Southern California. I take regular vacations with my family, traveling to exotic locations like Bora Bora, Hawaii and the Caribbean. I get to lecture all over the world on mastering the Inner game of wealth, business and success, and I have been a frequent guest on Larry King Live and many other major media shows worldwide.

But no one who knew me as a kid – not even my parents – would ever have believed I could achieve this level of success.

My teachers wrote me off, taking bets on when I’d land in jail. Even my father didn’t set his sights much higher than hoping I’d get steady employment at a minimum-wage job.

It sounds terrible, I know. But to be honest, I can’t blame them.

As a kid, I was a misfit. I had a bad attitude about school, and I practically lived in the principal’s office.

Looking back, I know now that the problem was the limiting beliefs I formed in response to challenges and painful experiences I had growing up … and the uncertainty and lack of confidence that resulted from those responses.

For example, learning to speak English and French. Our family moved from Israel to Montreal, Canada, when I was just 6. I struggled for years to master the intricacies of English and French … and it made me an easy target for school-yard bullies. Making friends did not come easily to me, and the lower my self-esteem sank, the harder it became to learn new skills and make friends.

Math and science were very difficult for me to comprehend. I put in Herculean efforts only to end up with average to below-average grades. The more I struggled, the more frustrated and embarrassed I felt. I began to resent wasting time learning subjects I didn’t like.

By the time I was in my early teens, “normal” to me meant feeling insecure and uncertain. I didn’t believe that I possessed the intelligence or abilities to succeed in the real world. Feeling rejected by most of my classmates, I ended up hanging around the only people who would accept me – a group of trouble-making thugs. They helped each other when things got rough, which was often, giving me my first real-world lessons about competition and survival of the fittest.

My companions’ influence soon rubbed off. I got into fights almost daily, which meant I was a near-permanent presence in the principal’s office. But the punishments my school dished out were nothing compared to what waited for me at home. My father was a taxi driver, and every time he had to pick me up at school, it meant he couldn’t be earning a living driving his taxi cab. His resentment, shame and anger toward me would boil over, and I’d pay the price with vicious physical beatings.

I hated my father’s uncontrollable anger – how it changed him and left its mark on me. But I never showed him, instead burying my thoughts and feelings. Regardless of the physical and emotional damage he inflicted, I kept getting into more trouble and took more dangerous risks than I care to share here. (It’s all in my “Having it All” book)

The only thing I truly enjoyed and excelled at were sports. When I got older (15-18), my athletic skills helped me escape the thugs I was hanging with and the trouble that came with that crowd.

Yet even then, I was still living a dual life. One John was a nice polite boy from a nice family, who held a real job earning 65 cents an hour at the local pharmacy. The other John was a lying, stealing idiot with low self-esteem, almost no morals and the skills of a hard-boiled egg.

I knew I couldn’t keep living my life with such extremes. So when I was 19, I chose the path I believed promised me a better life. I broke free from my friends, my school, and an environment that offered me nothing more than a shot at mediocrity. Despite having no money, no job, and only a grade 11 education, I left Montréal and moved to Toronto, Canada, where the only person I knew was my brother. There, thanks to the sage advice of a wonderful businessman, I decided to change my life and get serious. I borrowed money and enrolled in a real estate course. Five eye-opening weeks later, I earned my real estate license. It was one of the first and only times in my life that I didn’t cheat on a test. I had so badly wanted to succeed in a way that I could be proud of myself instead of feeling ashamed. So for the first time ever, I paid the price of discipline. I can still feel the pride and awe that I actually did it on my own.

Receiving my real estate license was a turning point for me. I felt like my slate had been wiped clean and my transgressions of the past had been forgotten. Now I could make something of my life … all I had to do was work hard and upgrade my knowledge and skills.

That’s when I began learning about the awesome power within each one of us to change no matter what has happened to us, the power of GOD, our amazing brains, and the importance of setting goals and then becoming the person who can achieve them.”

John Assaraf’s purpose in life is to help millions of people believe in and utilize their God-given abilities, providing them with the environment and resources to acquire the confidence, certainty and personal power to achieve their life’s purpose and goals. It’s a purpose he fills by reaching millions around the world via speeches, training programs, television and radio appearances, and my bestselling books, Having it All, The Vision Board Kit and The Answer.

John Assaraf’s latest business venture is NeuroGym, a brain research and product development company to help people free themselves from the bondage of their past, bad habits and limited thinking, so they can acquire the confidence, certainty and personal power to achieve their life’s goals and purpose.